St Helens Trio have been appointed to the opening round of Super League this weekend. 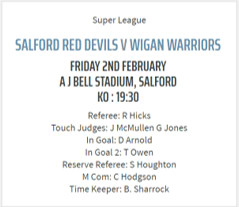 Jamie Barr has been appointed on Friday night, he will be Reserve Referee for St Helens v Castleford Tigers, shown on Sky Sports. 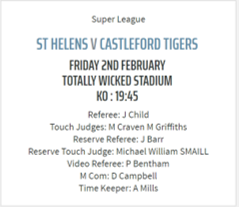 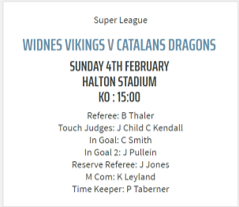 Good luck to all Denton, Jamie & Craig as well as all of our members out on games this weekend.